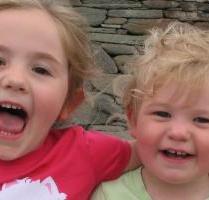 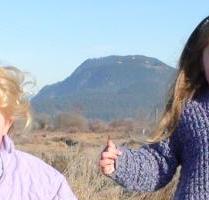 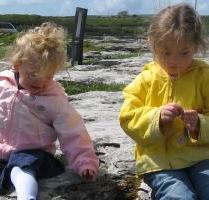 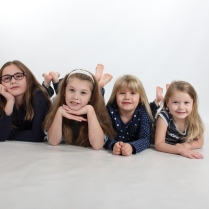 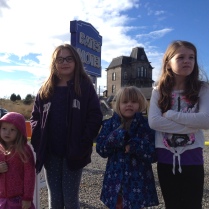 In this volume I planed to write about the last finishing touches to the nursery, stocking it with supplies and making last minute preparations while we watched the clock tick down to JoAnn’s due date. That’s what I was planning but that’s not what I’m going to write here, something funny happened on the way to typing this memory out, in a mini van running around town a phone rang. Actually it was my boss on a radio telling me to turn my cell phone on as JoAnn was going to call me. His voice was ramped up so I knew it was serious and since we had a paralyzed cat dying at home I feared the worst, through the tears and sobbing I deciphered “my water broke”, this was Wednesday morning. Now guys if your driving when you hear this all I can recommend is you pull over till your heart stops racing and figure out a clear course of action before you set off racing across town. “Where are you? You’re at the hospital good, how did you get there? You drove yourself…. You did what?” My wife never seizes to amaze me, her water breaks my cell is off so she calls her doctor who tells her to come in which she does driving herself in the frantic freaked out state she was in.

Now you have to remember we are still over four weeks from her due date we thought we had lots of time left and though all the lists and plans we made in preparation for Ziggy’s arrival not once did it ever cross our minds that this kid would show up early. It never occurred to me, we both make our livings in jobs where schedules and timetables are the basis for everyday life and we made the mistake of trying to put Ziggy on the same schedule too, well I guess we both forgot to fax him a copy that had her arriving in mid September because he was coming to dinner early.

Once I calmed down a bit I started to drive across town towards the hospital and wouldn’t you know it I got behind two little old ladies having a drag race to see who could get to the next red light last, I think I hit every red light on the way, lights I’d never seen red changed color and I felt my blood begin to boil. Relax I told myself remember the pre natal class we have hours before delivery after the water breaks. I was thinking of all the things we hadn’t done that were on the agenda for the weekend, all the major purchases were done but we had a couple big ticket items left still and we hadn’t even really considered packing a bag to have at the ready for when this moment finally did arrive. As I drove with my mind racing I figured I needed to make a plan so I called the hospital to ask how JoAnn was and what sort of time I had or if the baby was on it’s way now. As I suspected I had a little time so I carried on home after finally getting past the little old lady drag team and started to pack a bag for JoAnn and the baby.

I figured this should be easy we’ve traveled lots I know what she packs and I quickly stuffed some of her favorite things in her suitcase, I then went into the nursery to gather up some stuff for Ziggy already knowing what the hospital would provide from our tour I figured this would be easy. I grabbed diapers and receiving blankets and a bunch of cloths all of which were brand new on hangers with the tags still on them as washing them was a future plan, I left the tags on and stuffed them in, then I see a couple store bags on the floor. I inspect the contents to find post pregnancy nursing cloths; of course you idiot and I promptly dump the contents of the bag out on the floor and start loading in all these new cloths for JoAnn also with the tags still on them. In her bathroom I’m lost I don’t know what she’ll want so like a guy I take what I would pack a hair brush, tooth brush and a tube of toothpaste.

As the van I’m driving is a work vehicle I leave it on the street for my replacement to find and I make my way a half block to the skytrain station which only one stop later stops at the hospital. I’m excited and would love to yell out “MY WIFE’S HAVING A BABY” but I refrain and quietly board with the other passengers. I don’t sit, I can’t sit I’m too wound up I’m about to become a father and it really hits me what’s about to happen. I knew this day would come but even when you plan every last detail to still get blindsided like this was a shock. I’m just glad I set August 1st not September as the completion date for the nursery. Earlier in the week JoAnn started buying supplies for the room and she thought she’d budget herself to one store per week as she’d already found out the best places to buy everything she needed and had lists for all the stores but I said “the heck with it buy it all use the credit cards we’ll pay it at the end of the month, I’d rather have it in the house then have to scramble for it later” this was no time to be cheap, one of the smartest decisions I’ve made in years other wise it would be me out there doing the shopping and that just wouldn’t be pretty.

At the time I wasn’t all that keen on the hospital tour I just saw it as stealing a Monday evening at home away from me but truly it was great as when I walked through the front door I knew exactly where the elevator was which floor to stop at and how to snake my way through the hallway to the labor and delivery ward with out asking anyone, as if I’d stop to ask directions come on I’m a guy I’d just wander aimlessly till I found it but I knew where I was going and was thankful of that.

At Royal Columbian Hospital they have a room with four beds where they do there inspection and asses the patient as to how far along they are and set out a course of action, this was where I found JoAnn in bed number 1. She was freaked out scared and emotional and I knew I needed to be the rock to support her; we were in big trouble that was for sure. Once she’d updated me on what she knew was going on, her doctor at the clinic upstairs sent her here I was berated for having my cell phone off while she told me the tale of how she finally got a hold of me. She called her union hall to get the number for my shows production office then she got connected to my boss whom she knew would have some sort of radio contact with me who did just that and finally I got the call almost an hour after her water had broke but in my defense her due date was over a month away I shouldn’t be getting this call now but this was no time to argue.

The doctor did his inspection releasing another gush of water which freaked me out this time and his recommendation was we’d wait twenty four hours then reassess her condition to see if labour had begun on it’s own and just like that he was gone and JoAnn was sent upstairs to the maternity ward where she was like a couple other woman with out baby’s waiting to deliver. Or in her case waiting for her thirty-five week cervices to realize her membranes had ruptured and her premature baby was anxious to make his debut. We knew we weren’t going to be parents today which was good we got another night to collectively get ready for tomorrow and besides who wants to be born on the thirteenth? Sooner or later your birthday will land on a Friday not that we’re suppositious but the fourteenth had a nicer ring to it. Had this happened the day before it would have been on our eighth wedding anniversary. I also was driving the creator of the show I was working on to the airport the day before. It was JoAnn’s favorite writer Stephen King and when he found out my wife was due on Sept 19th (his birthday) he asked if I would name the child after him. Steve wasn’t that far of a stretch so I agreed. I guess I’ll have to get word to him I wouldn’t be fulfilling his request.

For now we were in a holding pattern, she wasn’t in labor but she couldn’t leave as they had her on a antibiotic drip every four hours so I set off to finish the shopping and get the last couple things we really needed before the baby arrived tomorrow. I was convinced we were having a boy not just because of the predominates of boys and lack of girls born in my family the past century but only a boy would show up early, I was always on time, it was my job and it was obvious Ziggy was a lot like his dad. I looked forward to meeting him tomorrow and I set off to find out where JoAnn parked the car and do some last minute shopping. It was going to be a long night for all of us.